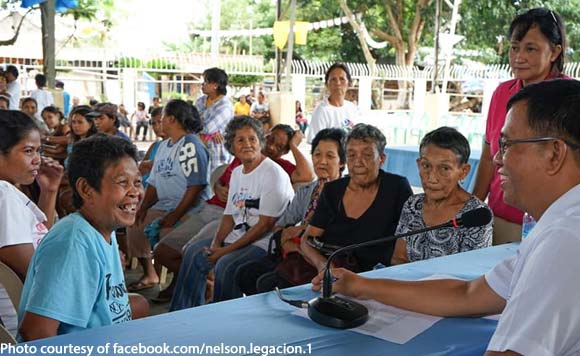 Naga Mayor Nelson Legacion was pleased to know that when it comes to love, there’s no such thing as too late.

In a Facebook post, Legacion said that during his recent People’s Day Caravan, he met 85 year old widow Benjamen Balquin, who told him he was in love and wants to marry 76 year old widow Rosalina Talagtag.

The mayor was all too happy for the two of them, and referred them to the LCR head so that they could tie the knot as soon as possible.

He was more than willing to attend to people’s concerns, even matters of the heart!

During our People’s Day in Barangay Cararayan last October 4, Lolo Benjamen Balquin who is 85 years old and a widower repeatedly approached me to say that he is in love and will marry Lola Rosalina Talagtag who is 76 years old and a widow. So I referred him to Dolores delos Reyes, LCR head, who immediately attended to the two so that they can be married soonest. They are shown in the first photo below.

Indeed, our People’s Day initiative attends to and responds promptly to people’s concerns even on matters of the heart! 😍❤💕,” Legacion posted.