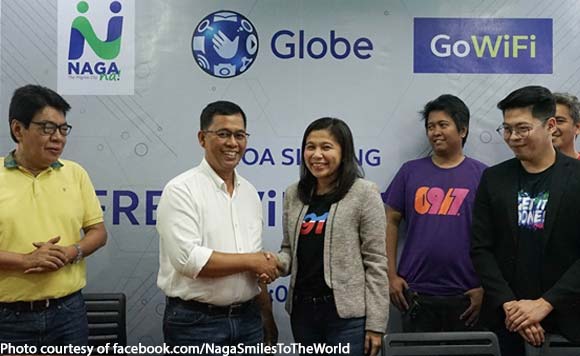 Mayor Legacion said that several areas in Naga City will have a free wi-fi before this year ends.

Once the free wi-fi is installed, the public will get to enjoy thirty minutes of internet access per day.

Meanwhile, inventors and researchers from various schools and organizations showcased their innovative during the Bicol Regional Invention Contests and Exhibits (BRICE) as part of the celebration of the 2019 Regional Science and Technology Week (RSTW), conducted at the Bicol State College of Applied Sciences and Technology (BISCAST).

“Aside from inventions and researches that benefit the social and economic needs of the people, the young inventors introduced disaster risk reduction and preparedness projects,” the Naga City government said.