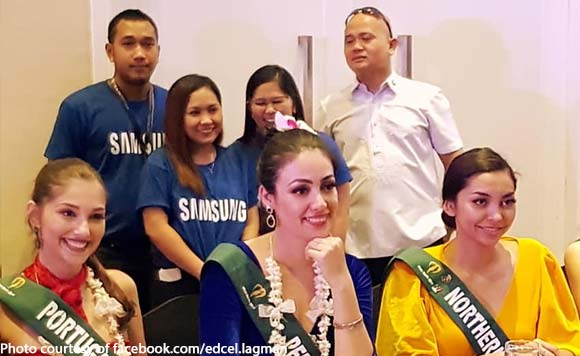 0 503
Share
Want more POLITIKO News? Get the latest newsfeed here. We publish dozens and dozens of politics-only news stories every hour. Click here to get to know more about your politiko - from trivial to crucial. it's our commitment to tell their stories. We follow your favorite POLITIKO like they are rockstars. If you are the politiko, always remember, your side is always our story. Read more. Find out more. Get the latest news here before it spreads on social media. Follow and bookmark this link. https://goo.gl/SvY8Kr

Albay Vice Gov. Grex Lagman came away seriously impressed when he met the candidates of the Ms. Earth pageant recently.

Lagman, in a Facebook post, said they were highly educated, intense, and gave heartfelt answers as they defended their advocacies.

They were so knowledgeable about environmental matters that they could serve as lecturers at the environment department or the weather bureau, he said.

He also learned a lot from them even if he could not understand some of the high-falutin terms they sued, he said.

What further tickled him pink was the American candidate’s dissing of US President Donald Trump for not believing in climate change.

The earth is in good hands with these kinds of advocates!

But, seriously, I learned many innovative practices from them. Nosebleed nga lang ibang highfallutin terms. And I was very happy Ms. USA dissed Donald Trump for not believing in climate change. I congratulated her in fact. ??,” Lagman posted.