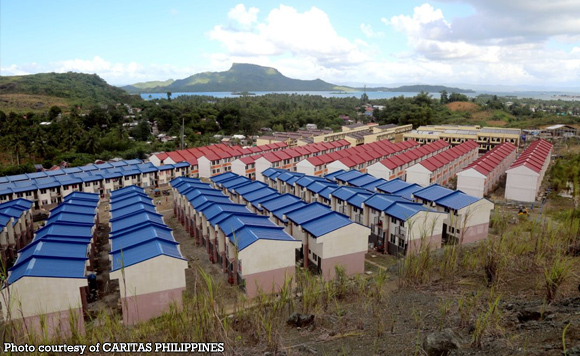 The Commission on Audit (COA) flagged the provincial government of Palawan over the underutilization of P95.95 million intended for land development and low cost housing for victims of Typhoon Yolanda.

“The failure of the (provincial government) to fulfill their responsibilities in accordance with the (Memorandum of Agreement) deprived the victims of Typhoon Yolanda of the shelters which the national government aimed to provide,” COA stated in the 2018 annual audit report.

The check was made out to three local government units in Palawan: Busuanga, Coron and Culion worth P25.49 million, P41.25 million and P29.2 million, respectively.

However, state auditors found that the provincial government was only able to use P29.2 million – an advance payment for the concreting of roads and the construction of houses in Culion, leaving P66.74 million unused despite the lapse of two years.

“Article V-I, Section 3 of the MOA between the NHA and the (provincial government of Palawan) states that one of the responsibilities of the province is to ‘ensure that the projects are completed before end of December 2015’,” the report read.

Palawan local officials blamed the non-utilization of the housing fund on the failure to find suitable locations for the housing projected situated away from hazard, landslide and “other related calamity risks.” In addition, funds were allegedly transferred “without plans and specification” which contributed to the delay.

COA directed the provincial government to coordinate with the NHA to request for extensions of the project duration, as well as standard plans and specifications for the housing project.

Otherwise, it asked the Provincial Treasurer to refund the unutilized trust funds totaling P66.74 million to the housing agency.

Also stated in the report, Palawan local officials said they have submitted letters to NHA, the latest on April 4, 2019, but have yet to receive a response.