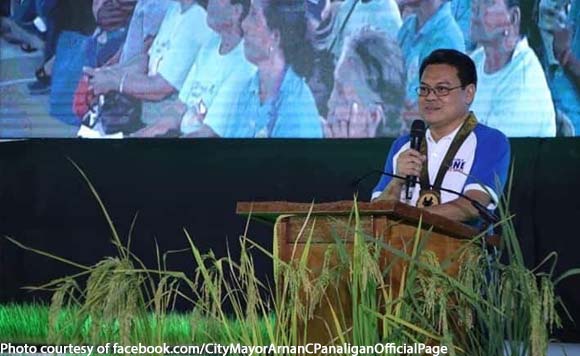 Mayor Arnan Panaligan has graced the National Rice Technology Forum held in Calapan City in partnership with the Agriculture department.

“City Mayor Arnan C. Panaligan gave his remarks before an audience of 1,000 farmer leaders from all over the country who attended the National Rice Technology Forum hosted by Calapan City in partnership with the Department of Agriculture,” the mayor’s office said.

The forum was held at the Calapan City campus of Mindoro State College of Agriculture and Technology.

The Department of Agriculture was represented by Assistance Secretary Andrew Villacorta.

Panaligan greeted the school officials, players and spectators at the basketball games of CCAA held at Baco Municipal Gymnasium.