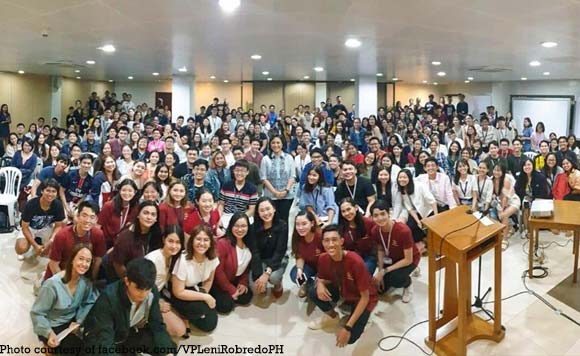 Vice President Leni Robredo’s journey to becoming a lawyer wasn’t easy, so she knows what things are like for law students.

Robredo met with aspiring law students during the law school forum of Ateneo Lex recently and gave them some real talk, she said in a Facebook post.

According to her, entering law school was no joke, given the mountain of readings they have to finish and the difficult recitations and exams.

They would lack time and sleep, she added

But despite these, she said becoming a lawyer could also be very fulfilling because they can provide help to those who need it the most.

She said she was confident that these Atenistas would do their best should they enter law school, and hopes that when they do, they would help make the country better.