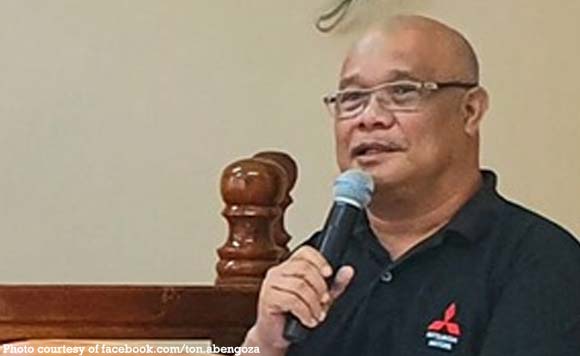 Officials of Brooke’s Point have finally found the reason for the power interruptions that the town has been experiencing.

Abengoza said the problem was traced to Punang, Española, where trees were affecting the performance of a tower.

However, the owner of the land where the tower sits had not allowed officials of the electric cooperative to enter.

The mayor has since sought the help of fellow officials and the police to fix the problem and to restore regular supply to Brooke’s Point.

Looks like Abengoza won’t be needing his giant candle soon!

Ayon sa Paleco pinpointed na ang cause ng blackout somewhere in Punang, Española, subalit nagmamatigas ang may ari ng lupa na pumasok ang napocor at paleco at i trim ang punong kahoy, yesterday i called Mayor Acoy to advise the PNP to accompany Paleco to get inside the private property, he said he will cause the cutting of the tree at all cost. I have already sought the help of Gov. Alvarez who said he will advise the Pnp Provincial Director to provide assistance. Mayor Acoy txted that Pnp Española is now ready to escort paleco/napocor linemen,” Abengoza posted.