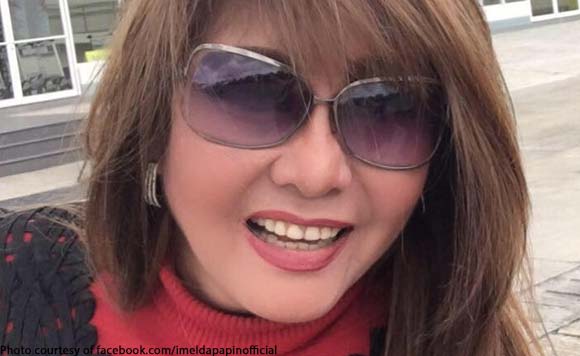 Aside from her politiko duties, Camarines Sur Vice Gov. Imelda Papin is busy preparing to celebrate a milestone in her showbiz career.

A post by the Imelda Papin Official Facebook page said the Bicolana songbird would celebrate her 45 years in the entertainment industry with a concert at the Philippine Arena on October 26.

The post invited all of Papin’s fans an supporters to join “Asia’s Sentimental Songstress” on that night as she belts out her jukebox hits.

They could get tickets at all SM Ticketnet outlets.

Will we see you there?

We are inviting you for our upcoming concert of the real Queen of Songs and Jukebox. A Hall of Famer and the one and only Asia’s Sentimental Songstress Miss Imelda Papin (VICE GOVERNOR) for her 45th year anniversary in Showbusiness Concert . Titled: