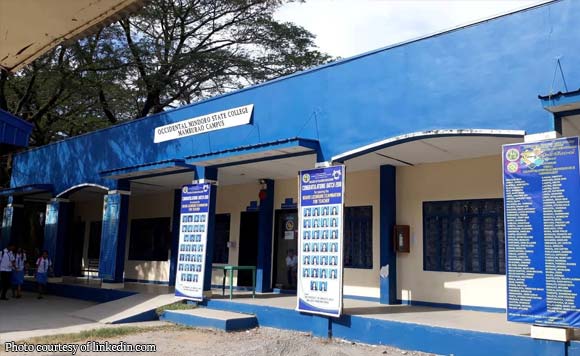 0 918
Share
Want more POLITIKO News? Get the latest newsfeed here. We publish dozens and dozens of politics-only news stories every hour. Click here to get to know more about your politiko - from trivial to crucial. it's our commitment to tell their stories. We follow your favorite POLITIKO like they are rockstars. If you are the politiko, always remember, your side is always our story. Read more. Find out more. Get the latest news here before it spreads on social media. Follow and bookmark this link. https://goo.gl/SvY8Kr

Abegail Liaban, Administrative Aide VI and alternate cashier of Occidental Mindoro State College (OMSC), has been cleared of her liability over alleged undeposited collections amounting to P2.57 million in 2016.

“Ms. Liaban was not the custodian of funds at the time they were misappropriated. She was not negligent in the performance of her duties and did not act in bad faith,” the Commission on Audit Commission Proper (COA-CP) held in a decision promulgated August 28.

The case dates back to June 17, 2016, when Liaban, assigned as an alternate cashier for the OMSC-Main Campus, reported that cashier Maria Christina Torres has been absent and could not be contacted.

In the process of searching Torres’ work drawer, Liaban found unvalidated bank deposit slips with a note from her missing superior apologizing for taking an undisclosed sum of money.

A post-audit revealed that the checks were the undeposited balance of P5.85 million from OMSC Main, Labangan and Sablayan campuses from March to June 2016.

On August 2, 2016, COA issued a notice for the amount of 2.57 million which included Liaban among the persons held liable for the disallowance “for receiving and failing to deposit the said amount.”

In the decision, COA-CP ruled that Liaban had no part in the error.

“There is no evidence to show that Ms. Liaban could be held liable for failure of Ms. Torres to deposit the missing collections. Thus, the NC may be lifted as to Ms. Liaban, who should be excluded as one of the persons liable therefor,” COA-CP said.

“It was Ms. Torres who admitted having misappropriated an undisclosed amount of collections. There is no allegation on record that Ms. Liaban participated in the misappropriation of the funds.”

The decision was written by a three-man panel composed of Chairperson Michael Aguinaldo and Commissioners Jose Fabia and Roland Pondoc.