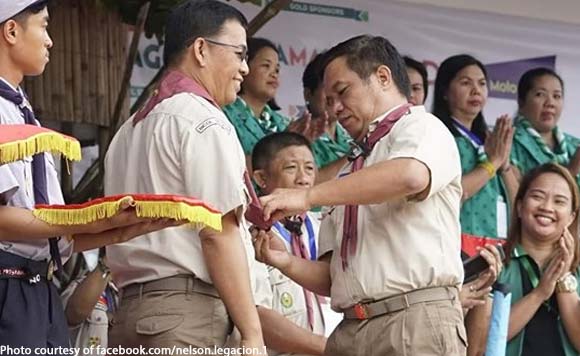 Naga City Mayor Nelson Legacion is the new chair of the Boy Scouts of the Philippines, Naga City Council.

Legacion is no stranger to the movement, having been a scout himself in elementary school.

With him at the helm, he would revitalize the scouting movement, he said in a Facebook post.

He would hold more scouting and camping events, including wilderness survival knowledge and skills and basic life support training, he said.

Under his watch, the scouts would be savvy and skilled citizens!

As such BSP Chair and as a Scouter myself from the elementary grades, the entire scout community can expect: (1) the revitalization of the scouting movement; & (2) more scouting and camping events including: (a) wilderness survival knowledge and skills; & (b) basic life support training, among others,” Legacion posted.