Who’s a real public servant? One with many accomplishments like his dad, says Albay Vice Gov. Grex Lagman 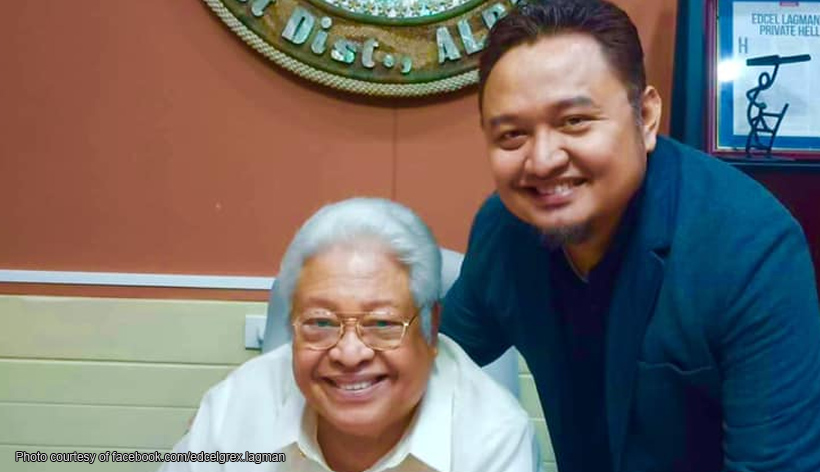 For Albay Vice Gov. Grex Lagman, the best example is his very own father.

Grex recently visited his dad, Albay Rep. Edcel Lagman, in his office and described him as the Philippines’ most handsome congressman.

But more than that, the elder Lagman has been doing stellar work in Congress since 1987, he said.

In his seven terms, his dad was awarded the most outstanding congressman. And he is doing more on his 8th term and living up to his moniker as the Superman from Albay.

His dad is a true blue legislator, the Vice Governor added.

“Just visited in his office this afternoon the most handsome congressman in the Philippines. 😊😊😊 Putting in excellent legislative work day in and day out in Congress since 1987. Awarded as most outstanding congressman in each of his seven (7) terms. Now on his 8th term, superman is still upping the ante and building on the gains of his vast legislative contributions to the country. Ito ang tunay na lehislador! 💪🏼💪🏼💪🏼,” Grex posted.