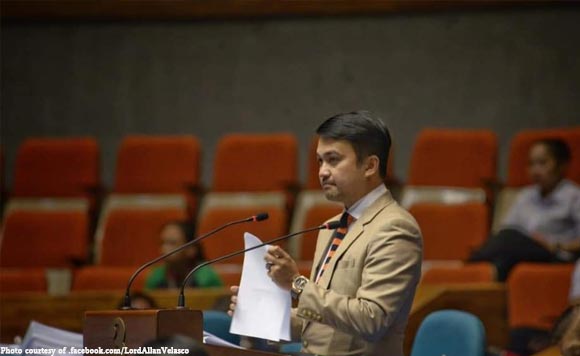 Marinduque Rep. Lord Alan Velasco has lauded the signing of a law which makes May 3 of every year a special working holiday in Sta. Cruz.

“Republic Act 11376 was enacted to commemorate the founding anniversary of the municipality of Sta. Cruz, which also celebrates annually the Feast of the Holy Cross on May 3,” said the solon.

Velasco, representing the lone district of Marinduque, authored the bill.

The solon said that Sta Cruz literally means “Holy Cross” and has a deep devotion to Christianity and its traditions.

“The church of Sta. Cruz is a symbol of its religiosity and is the oldest one in the province, as it was constructed way back in the year 1760,” said Velasco.

The Marinduque congressman also touted Sta. Cruz as a home to rich agricultural and aquatic resources.

Velasco also thanked Duterte for giving the people of Sta. Cruz to celebrate the foundation of their municipality.