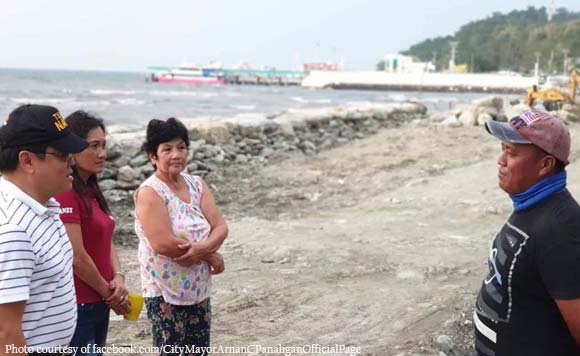 Calapan City Mayor Arnan Panaligan has visited the residents in Brgy. Salong who will be affected by the construction of an access road project.

“City Mayor Arnan C. Panaligan visited Bgy. Salong and met with the residents who will be affected by the ongoing construction of the Calapan City Port Access Road,” the mayor’s office said.

The City Government said that it is proposing the relocation of the affected residents to the City’s resettlement sites.

The mayor also touted the construction of the Kalap Civic Park at the City Hall Complex.

“One of the requirements for liveable and sustainable cities are public and open spaces,” said Panaligan.