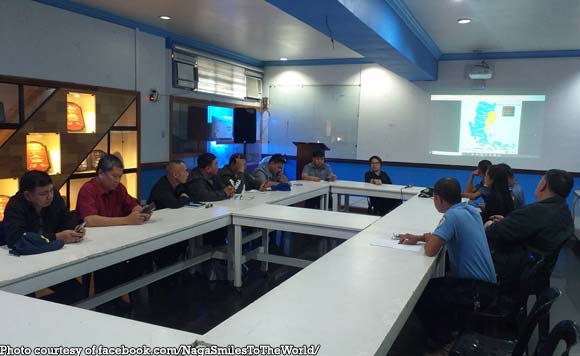 The council tackled the situation updates and preparations as Tropical Depression Jenny brings rains in most parts of Luzon.

Mayor Nelson Legacion is currently on an official business in Thailand for the 5th ASEAN Mayor’s Forum.

The city government earlier told Nagueños who are “suffering from wounds or other skin-related diseases or illnesses are strictly advised to avoid floodwaters to prevent getting leptospirosis and other possible diseases.”

“The NCDRRMC team will be making rounds in the barangays this afternoon to ensure everyone’s safety. Keep safe everyone,” it added.

Meanwhile, the city government also ordered the suspension of classes in all levels in Naga City effective 12:30 p.m.

Work in the City Government was also ordered suspended at 3:00 p.m.