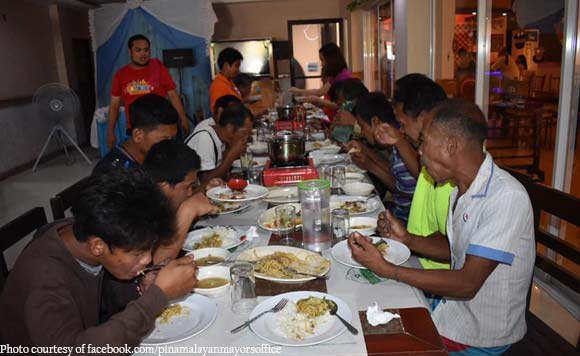 This was why he recently treated Mangyan leaders to a hot pot meal or shabu shabu, his office’s Facebook page said.

It shared a photo of the mayor and the leaders sharing the meal together, along with Vice Mayor Rodel Magsino.

The group had fun conversations and enjoyed the delicious food, it said.

The mayor also asked about their situation and the assistance they would need from the local government.

Hopefully, this meal would lead to more programs for the Mangyan and a better life for them!