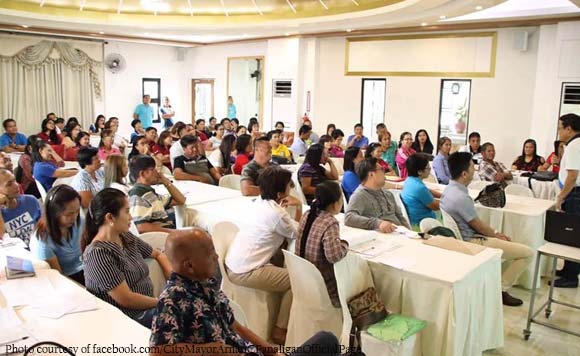 “City Mayor Arnan C. Panaligan addressed the participants in the Reorientation on the Laws for Children’s Protection for the members of the Barangay Councils for the Protection of Children composed of barangay chairpersons, kagawads, barangay secretaries, day care workers, barangay nutrition scholars and barangay health workers,” the Mayor’s office said.

The said activity was initiated by the City Social Welfare and Development Department headed by Ms. Juvy Bahia.

Also in attendance during the event was Councilor Jocy Neria, the chair of the Sangguniang Panlungsod Committee on Health.