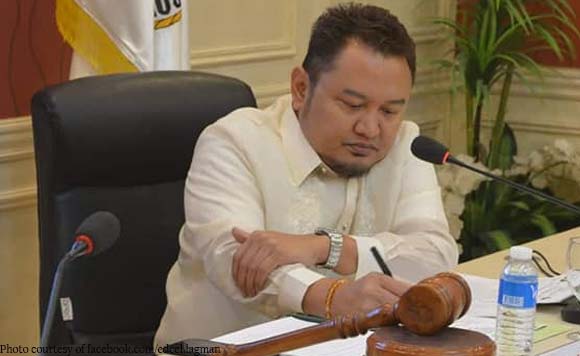 Lagman said that Eileen Sarmenta, one of the victims of Mayor Sanchez and his henchmen, was his batchmate in high school.

“She was a graduating UPLB student when she was gang-raped and murdered by Mayor Antonio Sanchez and his men in 1993. In 1999, the SC upheld their 1995 conviction for these unspeakable crimes,” Lagman recalled.

Due to the Republic Act 10592 which allowed the deduction from the prison terms of convicts because of good conduct time and its retroactive application, Mayor Sanchez could be one of the beneficiaries of the law.

“The DOJ must be put to task as to how Sanchez’s good conduct time was actually computed and, more importantly, if he actually exhibited good conduct,” the Vice Governor said.

“Especially when in 2006 and 2010 Sanchez was caught in his prison cell in possesion of marijuana and shabu, respectively. He has also been illegally enjoying perks while in prison like having an airconditioner, flat screen television and access to a celphone. All these negate ‘good conduct’ while incarcerated,” he added.

“This is to prevent manifest injustice to Eileen Sarmenta and her heirs as well as to all who are similarly situated,” he said.