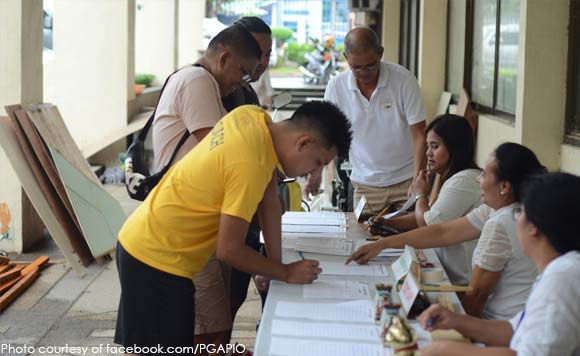 The 21st season of the Governor Al Bichara’s Cup has formally opened last Monday at the Albay Astrodome.

The event was participated by 60 schools both from secondary and tertiary across the province.

“[A]ll participating schools gathered at the Bicol University Grounds to finally start the program with a foot parade going to the Albay Astrodome to conduct the official opening of the said tournament,” said the province.

Leonardo M. Flores, Albay Provincial Information and Sports Coordinator, encouraged the participants to give their best during their games as he commended each of them.

Meanwhile, Governor Bichara welcomed and assured everyone that he has the utmost support to the youth specially when it comes to this type of endeavor.

“Camaraderie and sportsmanship will be build among all of you,” Governor Bichara quipped.

The governor also told them that sports will improve their health and well-being as he encouraged everyone to concentrate in giving their best performance for them to be discovered as the tournament will be streamed online.

Bichara initiated the Governor’s Cup during his first three terms in office with the aim “to make Albay as the hub of sports in the Bicol region by further giving chances to the athletes to enter into higher level competition and be globally competitive in the field of sports.”