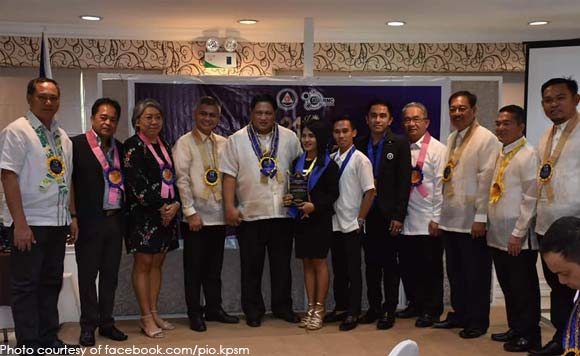 0 395
Share
Want more POLITIKO News? Get the latest newsfeed here. We publish dozens and dozens of politics-only news stories every hour. Click here to get to know more about your politiko - from trivial to crucial. it's our commitment to tell their stories. We follow your favorite POLITIKO like they are rockstars. If you are the politiko, always remember, your side is always our story. Read more. Find out more. Get the latest news here before it spreads on social media. Follow and bookmark this link. https://goo.gl/SvY8Kr

The Province of Oriental Mindoro has been a big winner in the recently concluded 21st Gawad Kalasag 2019 Regional Awards for Excellence in Disaster Risk Reduction and Management and Humanitarian Assistance.

In his message, Governor Humerlito ‘Bonz’ A. Dolor underscored the importance of being prepared all the time.

“There is no substitute to preparedeness, it is better to be prepared and we don’t use it, than we need it and not prepared”, said the Governor.

Meanwhile, Governor Dolor also also urged the Mindoreños to join the Nationwide Simultaneous Earthquake Drill to be held in Calapan in November.

The said earthquake drill is part of the activities slated for the Founding Anniversary celebration of Oriental Mindoro.

The awarding ceremony was held at the Orchard Hotel in Malate, Manila.

CamSur Rep. Villafuerte hails enactment of two of his pet…