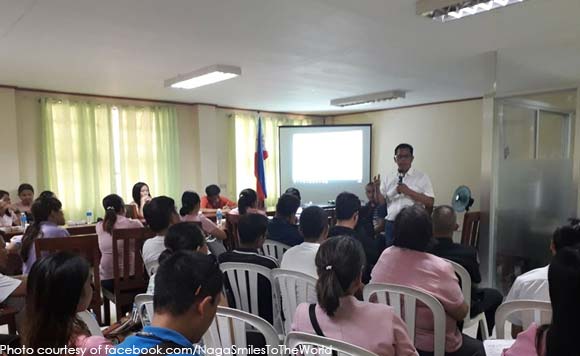 Naga City Mayor Nelson Legacion has served as the guest during the meeting of disaster risk reduction management (DRRM) school coordinators of the Department of Education-Naga.

“Mayor Son underscored the resiliency thrusts of his administration even as he exhorted the participants to be more proactive” the city government said.

“Also discussed in the meeting were the conduct of succeeding drills, capacity-building programs, enhancement of school DRRM protocols and inter-agency cooperation,” it added.

“Saw off and actually joined the Road Clearing Operations Team this morning to re-claim major roads and sidewalks and give their full use to the true owners – the public,” said the Mayor.