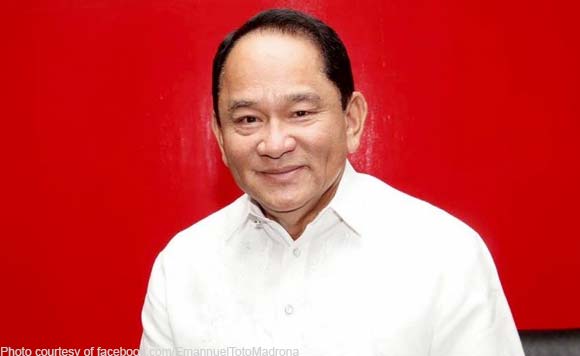 Romblon lone district Representative Eleandro Jesus Madrona has been kicked out of office following a 90-day preventive suspension order issued by the Sandiganbayan.

In a resolution promulgated August 5, Sixth Division Chairperson Sarah Jane Fernandez directed Madrona’s suspension in applying the provisions of Republic Act No. 3019 or the Anti-Graft and Corrupt Practices Act.

“All the requisites for suspension under Section 13 of R.A. 3019 being present, this court is mandated to order the preventive suspension of accused Madrona,” the resolution read.

Madrona was charged with violating Section (e) of RA 3019 for awarding a government contract for liquid fertilizers to a private company, Feshan Philippines Incorporated, without the benefit of a public bidding mandated under law.

The anti-graft court asked Madrona last June 17 to show cause as to why he shouldn’t be preventively suspended under RA 3019.

Instead, Madrona voluntarily accepted the anti-graft court’s decision and authority to suspend him, as the said law states that “any incumbent public officer against whom any criminal prosecution under a valid information under this act…shall be suspended from office.”

Sy has passed away last January, while Fadri and Galos are no longer government officials.

Undersigned in the resolution are Associate Justices Karl Miranda and Kevin Narce Vivero.