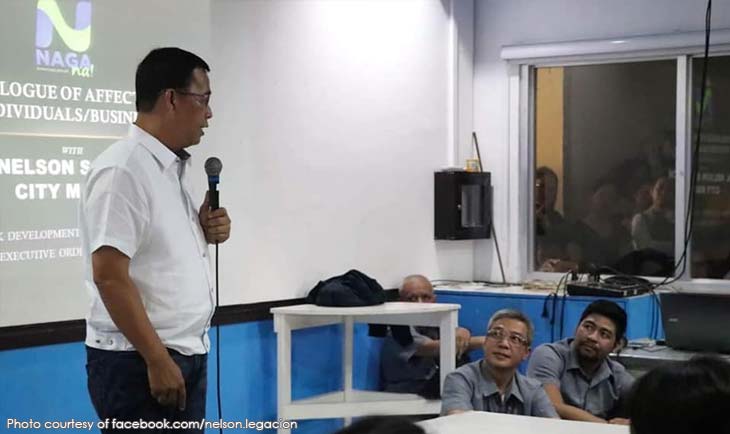 Naga City Mayor Nelson Legacion made sure that due process is respected before structures that obstruct public roads are demolished.

Legacion held a dialogue yesterday with the affected residents and explained the road clearing operations.

“Before removing or demolishing the structures and obstructions along the roads and sidewalks, we decided to talk first to those affected,” Legacion said.

“Road Clearing Task Force formed through Executive Order No. 2019-035, met with offices and business establishment owners and sidewalk vendors who will be affected by the road clearing operations as mandated by President Duterte, to discuss the proceedings of the road clearing operations and the relocation areas where they will be assigned in,” the city government said.

“Within sixty (60) days, the Road Clearing Task Force will clear all sort of obstruction on roads, sidewalks and road right-of-ways,” it added.

The said dialogue was at the PSO Training Hall.