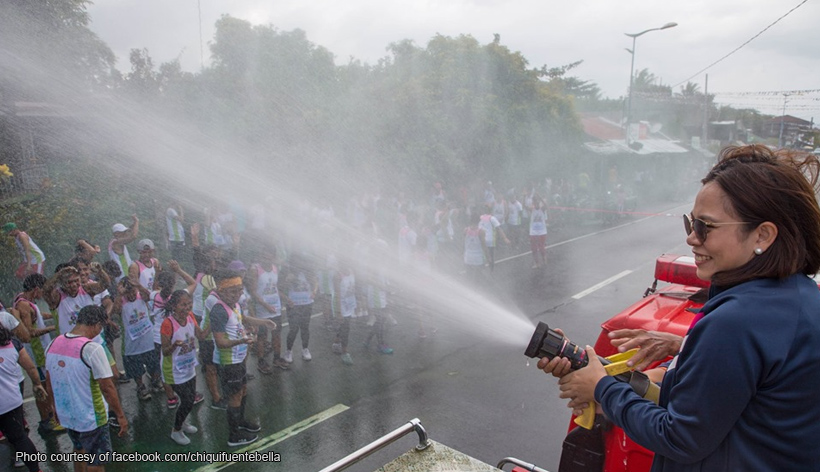 Residents of Tigaon had fun jogging and splashing around when they joined the color fun run which is part of the town’s festival.

Tigaon Mayor Chiqui Fuentebella was grateful for the success of the event, and thanked the various government agencies and offices who supported it.

But the event was not just about having a good time, Fuentebella said in a Facebook post.

The proceeds of the fun run would go to help the fencing program of the Dr. Rodolfo V. Pamor Jr. Memorial National High School, she said.

That is one colorful way to help!

“The most colorful festival in Partido indeed 😍