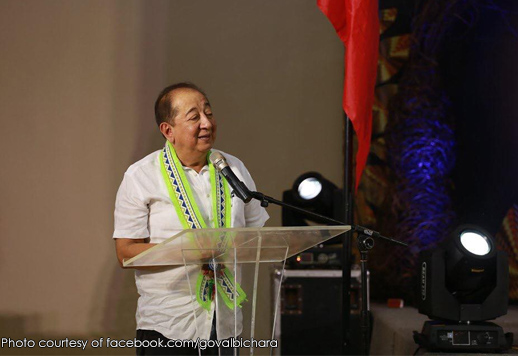 Joining the governor during the launching at the Albay Astrodome was Albay Provincial Police Office Chief – PSSUPT. Wilson Azueta .

“The briefing highlights the Memorandum Circular no. 2019-121 of the Department of the Interior and Local Government (DILG) which pronounces the presidential directive during the 4th State of the Nation Address of the President to clear roads of illegal structures and obstructions,” the Capitol said.

“As a response, Governor Bichara launched the Albay Traffic Command Management Program and handed about five newly acquired five (5) motorcycles and three (3) vehicles purchased by the Provincial Government of Albay (PGA) under his leadership,” it added.

The province said that the newly acquired motorcycles and vehicles will also be utilized for strong and effective implementation of the Provincial Traffic Safety Code.

“The provincial traffic code includes towing and impounding of illegally parked vehicles along the national road which is included in the traffic enforcement to be implemented by duly deputized PNP Enforcers. Tow vehicles and impounding area of Albay are now available to support enforcement requirements,” said the province.

Governor Bichara said that the program serves as an “proactive approach.”

“This is a pro-active approach, let us not wait until the situation worsens,” Gov. Bichara said.

Bichara also encouraged all local chiefs to have an immediate strategic implementation of the circular memorandum to ensure responsiveness to this presidential directive and consistency with related laws and policies.