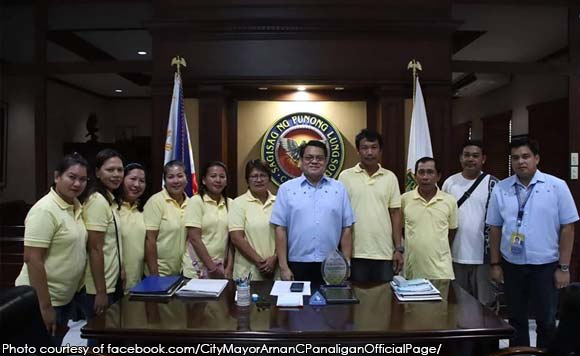 0 289
Share
Want more POLITIKO News? Get the latest newsfeed here. We publish dozens and dozens of politics-only news stories every hour. Click here to get to know more about your politiko - from trivial to crucial. it's our commitment to tell their stories. We follow your favorite POLITIKO like they are rockstars. If you are the politiko, always remember, your side is always our story. Read more. Find out more. Get the latest news here before it spreads on social media. Follow and bookmark this link. https://goo.gl/SvY8Kr

“After the Monday morning flag ceremony, I received in my office the officers of Sunrise Bgy. Suqui Homeowners Association, one of the housing projects under the Community Mortgage Program (CMP) that the City Government is assisting…,” the Mayor said.

The Community Mortgage Program is part of the HOPE Program or Housing Opportunities Towards People Empowerment.

The HOPE Program is the flagship housing initiative of Mayor Panaligan.

Meanwhile, Panaligan was also visited yesterday by the barangay officials of Bgy. Masipit and Bgy. Comunal at City Hall to discuss their concerns with the city chief executive.

“The City Government has ongoing projects in the said barangays notably the construction of multipurpose barangay halls and evacuation facilities and drainage systems,” the mayor said.