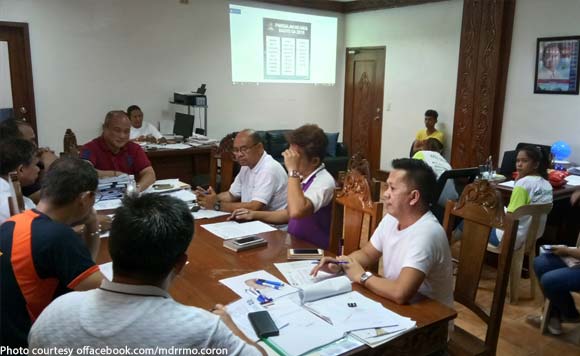 It’s not only real disasters that Coron Mayor Mario Reyes Jr. has to fight, but fake ones as well.

Reyes called an emergency council meeting to address the fake news spreading on social media that a super typhoon is headed Coron’s way, according to the Municipal Disaster Risk Reduction and Management Office.

In a post on its Facebook page, the MDRRMO said there was no truth to the rumor.

Nevertheless, it said people should remain alert for any disaster and should keep themselves updated about what really is happening by checking the MDRRMO page.

In the end, it’s always better to be safe than sorry!