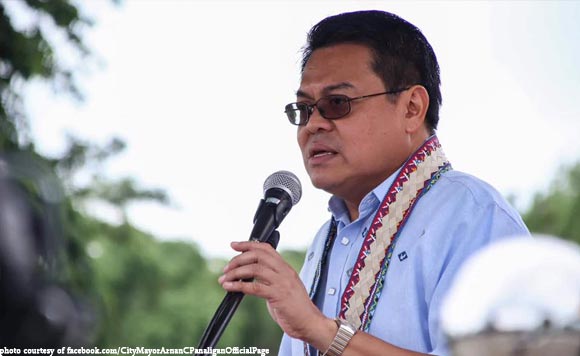 0 540
Share
Want more POLITIKO News? Get the latest newsfeed here. We publish dozens and dozens of politics-only news stories every hour. Click here to get to know more about your politiko - from trivial to crucial. it's our commitment to tell their stories. We follow your favorite POLITIKO like they are rockstars. If you are the politiko, always remember, your side is always our story. Read more. Find out more. Get the latest news here before it spreads on social media. Follow and bookmark this link. https://goo.gl/SvY8Kr

Calapan City Mayor Arnan Panaligan spearheaded the launching of a children’s book which seeks to promote values and character among kids.

The city government said that the bool will serve as “manual and guide of the Child Development Workers (CDWs) in teaching good values and character to pre-school children in the city’s 72 Child Development Centers.”

“The book was a result of collaborative efforts of the City Social Welfare and Development Department headed by Mrs. Juvy Bahia, the City College of Calapan headed by Dr. Rene Colocar and the Child Development Workers,” said the city government

Panaligan, according to the city governement, initiated the project to make the Child Development Centers, formerly the day care centers, as the venue to intensively train young children, ages 3 to 6, in values and good character

Mayor Panaligan said it is the good character of the citizenry that makes a strong, peaceful and progressive nation.