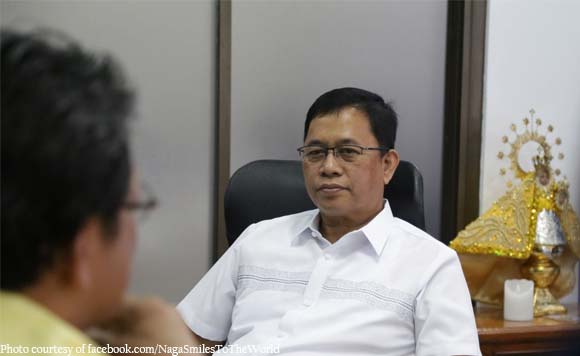 Naga City Mayor Nelson Legacion has officially terminated the contract of RA Mendiola Construction & Developer due to its delays in the construction of the city’s Sanitary Landfill.

Legacion earlier issued a show cause order against the contractor Rommel A. Mendiola, owner/general manager of R.A. Mendiola Construction & Developer to explain the project’s delays.

In his response, Mendiola attributed the delays to inclement weather, quarry suspension, incident of threat and hacking, barangay fiesta celebration and delayed construction of retaining wall.

Legacion countered his explanation, saying that “there were numerous and and extended periods of sunny weather” sufficient for them to finish the project.

The Mayor earlier said that based on the contract, time extension included, the contractor should have completed the work by February 26, 2019.

“The project was supposed to be completed in six months, it is now over one year,” said Legacion.

The mayor also noted that the quarry suspension was only for the period of 15 days, and the City ENRO issued them permits sufficient to allow them to haul soil needed for the project.

He also said that as regards the indent of threat and hacking, the same only lasted for two weeks and will not justify the six months delay in the project completion.