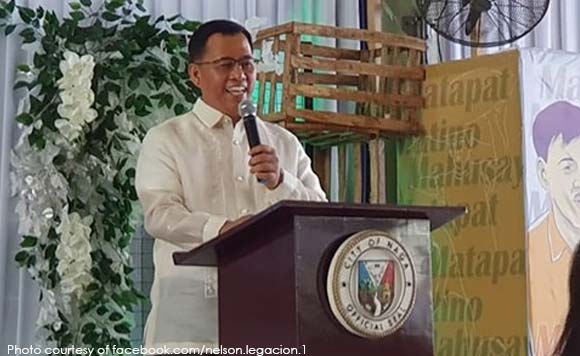 Naga City Mayor Nelson Legacion has underscored the importance of resiliency in times of calamity before the students of Naga College Foundation.

The Naga College Foundation and the Naga City government teamed up to initiate the “Project: Resilience” program.

“Mayor Son reiterates the importance of resiliency during the “Project: Resilience” program currently being held at the Metro Naga Sports Complex,” said the city government.

“The project, which begins today and will run until Sunday, July 28, is initiated by the Naga City Police Office in cooperation with Naga College Foundation and the local government unit of Naga,” it added.

The Naga City Search and Rescue Unit serves as trainers and facilitators to guide the students regarding the proper techniques and basic skills needed for disaster resilience.

“The QUEEN program proves to be close to his heart, as he formerly served as Chairman of the Education Committee in 2011 and is the author of the revised ordinance that further extends its service from elementary students, to include high school students under the QUEEN Plus program,” said the city government.