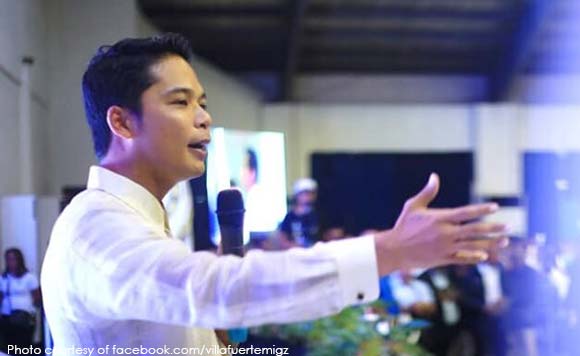 0 654
Share
Want more POLITIKO News? Get the latest newsfeed here. We publish dozens and dozens of politics-only news stories every hour. Click here to get to know more about your politiko - from trivial to crucial. it's our commitment to tell their stories. We follow your favorite POLITIKO like they are rockstars. If you are the politiko, always remember, your side is always our story. Read more. Find out more. Get the latest news here before it spreads on social media. Follow and bookmark this link. https://goo.gl/SvY8Kr

The Camarines Sur provincial government has stepped up its campaign against dengue amid the rising cases in the province, Governor Migz Villafuerte said.

The Department of the Interior and Local Government also called on the local government to conduct cleanup drives and eliminate mosquito-breeding areas.

“With the Department of Health’s (DOH) declaration of a national dengue alert and to heed the Department of the Interior and Local Government’s (DILG) call on all local government units (LGUs) to immediately undertake clean up drives to eliminate all mosquito-breeding areas and stop the spread of dengue in their respective jurisdictions, the Provincial Health Office is spearheading a Dengue Prevention Operation together with the local goverment units to prevent further increase of dengue cases in the province,” Villafuerte said.

Villafuerte also issued a memorandum to mayors in the province to heed the call of the national government agencies to combat dengue.

In his memorandum, the governor directed the local executive chiefs to actively implement the “Aksyon Barangay Kontra Dengue.”

For the last six months, the province of CamSur has recorded 1,003 dengue cases.