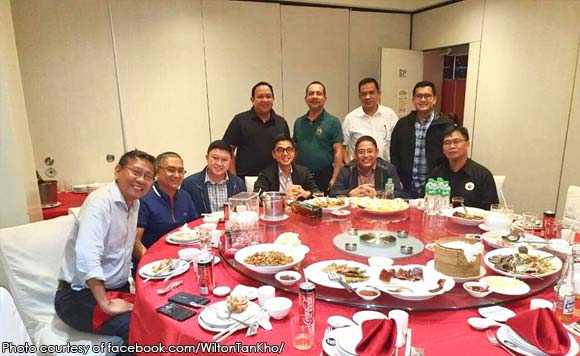 Masbate Rep. Tonton Kho and his fellow first-time lawmakers may be new to Congress, but that doesn’t mean they don’t want to make a splash.

Kho met with his fellow neophytes recently for a dinner and a brainstorming session.

He shared a photo of the group on Facebook, and said they were thinking of the important bills they could file that would help their constituents.

They may be working with veterans, but they have a chance to make their mark in Congress!

“New set of representatives in the Congress ready to serve you! Very productive dinner and brainstorming with my co-neophytes discussing salient bills for our fellow kababayans! With —

Hon. Tyrone Agabas, Congressman of the 6th District of Pangasinan

Hon. Fernando Cabredo, Congressman of the 3rd District of Albay