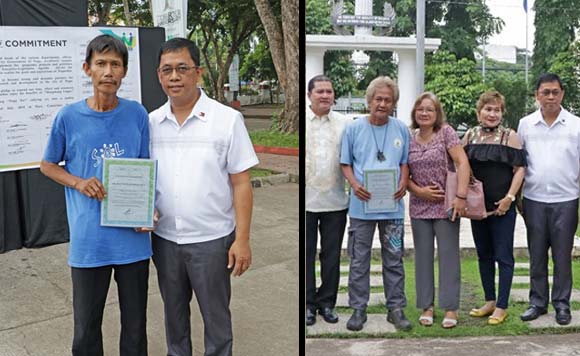 The two were recognized yesterday morning during the flag raising activity.

“Both drivers were able to return back to respective owners the latter’s lost mobile phones that Mr. Evangelista and Mr. Baleza found (in two different incidents) while on their daily fare on the road.”

Meanwhile, also during the flag raising ceremony, the City Officials, heads, employees, and personnel of various departments, offices, and program units of the City Government of Naga, took oath and signed their Pledge of Commitment in supporting and implementing the programs, projects, and activities, expressed in the Executive-Legislative Agenda (ELA) for 2019-2022.

“The agenda mirrors the realization of the aspirations of the Nagueños in the different sectors including those of the environment, education, and economy, among other programs,” said the city government.