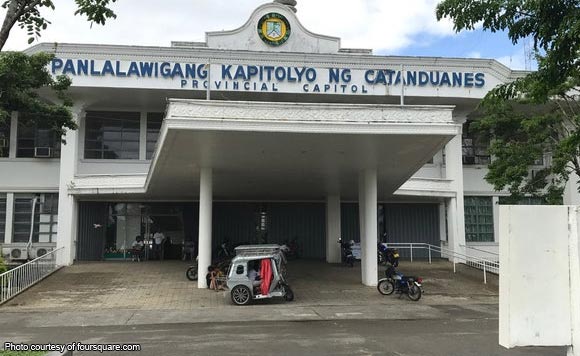 The officials discussed the disaster preparedness of the province as well as the revision of certain projects funded under the reprogrammed 2018 Trust Fund.

According to the province, a total amount of P2,311,907 from the last year’s project is now subject to reprogramming for 2019.

“The reformed projects include the: purchase of generator set for the legislative building, installation of PEO genset, immediate repair of PDRRMO emergency vehicles, Disaster Preparedness Capability Building Program, and the demolition of the existing dilapidated structure at Viga District Hospital and ground preparation,” said the provincee.

Uldarico S. Razal Jr., provincial director of the Department of Interior and Local Government, stressed the need of the council to set margins in the budget allocations for the projects.

“We need to identify urgent, essential projects…and prioritize from the long list of projects to come up with a shortlist. Completed projects should be updated so as for them not to be included in the priority project for the next year,” he said.

Abundo, meanwhile, also expressed her order to monitor the ongoing projects by the concerned agencies for the council to be updated on the funded projects to avoid lapses.

“No other project will be budgeted again unless wala ng post-activity report [of the previous projects],” she ordered.