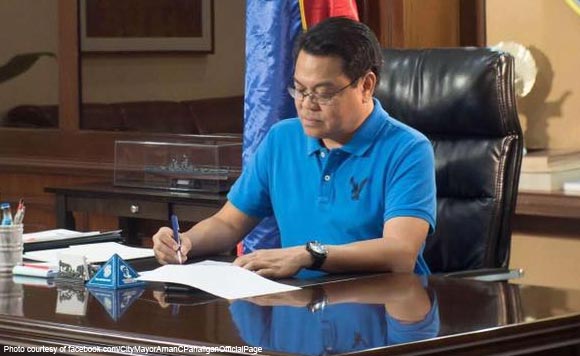 This is because he has been elected secretary general of the League of Cities of the Philippines, which is composed of all city mayors in the country.

It is an awesome responsibility, as he would run the affairs of the organization and would be in charge of promoting the interests of Philippine cities.

Cities are engines of national development as they create jobs, promote growth, and fund many social services.

A lot is riding on his back now!

“STATEMENT OF CITY MAYOR ARNAN C. PANALIGAN ON HIS ELECTION AS SECRETARY GENERAL OF THE LEAGUE OF CITIES OF THE PHILIPPINES

I thank my fellow City Mayors for electing me as Secretary General of the League of Cities of the Philippines, the official organization of cities in the Philippines. It is a high position that carries a heavy responsibility. As Secretary General, I will run the affairs of the League and its Secretariat. Together with the other officers of the National Executive Board of the League, I am expected to promote and advance the interests of Philippine cities as engines of national development. It is in our cities where jobs and investments are generated, health care and higher education provided and other major economic activities that impact on our country’s development are carried out. When we strengthen our cities, we strengthen the nation. As an officer of the League of Cities of the Philippines, I will be an advocate of the role of our cities in our nation’s development. Matatag na mga lungsod, Matatag na Republika. – City Mayor Arnan C. Panaligan,” Panaligan posted.