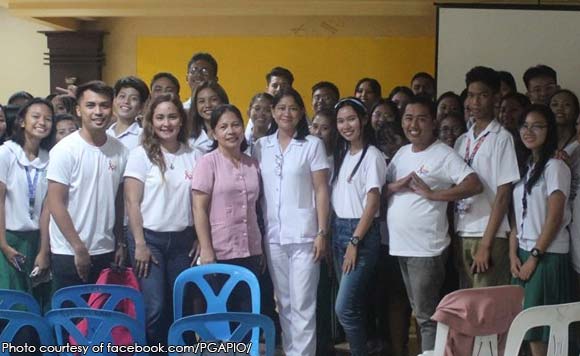 The Youth Ambassadors of Provincial Government of Albay spearheaded a school campaign amid the alarming increase of Human Immunodeficiency Virus (HIV) cases in the province.

“Selected Youth Ambassadors who led the advocacy campaign to the high school campus diverge to further reach huge students to inform and educate about the increasing number of HIV related cases in Albay,” the provincial government said.

Over 100 TNHS students participated in the advocacy campaign initiated by the Provincial Government of Albay through the Provincial Youth Development Office headed by Mr. Rhondon Ricafort, according to the province.

Citing data from the Department of Health (DOH), the province said that 229 Bicolanos tested positive for HIV from January to September last year.

“To channel the youth into more productive activities, Albay Governor Al Francis C. Bichara said on his speech during the Albay Youth Summit that he is more concern to the welfare of the youth that’s why he planned numerous programs including various training programs in sports development and education,” said the province.

“The advocacy campaign happened in Tabaco National High School is just one among the several school campaign programs initiated by the PGA headed by Governor Al Francis C. Bichara through the PYDO,” it added.