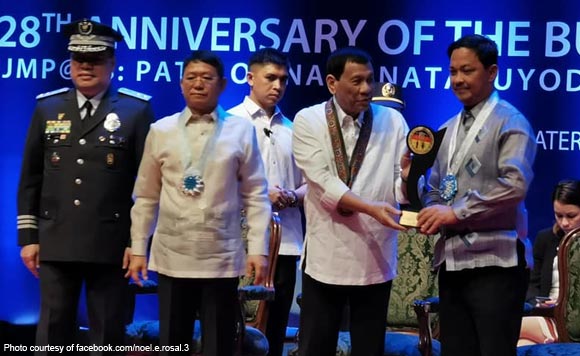 This is because the city got a special award from the Bureau of Jail Management and Penology for putting up a new building in its prison compound, Legazpi Mayor Noel Rosal said in a Facebook post.

Legazpi used its own funds for the building, which is meant to decongest detention centers, Rosal said.

The new facility would house arrested drug pushers and users, which now number more than a hundred, he said.

With the crackdown on drugs requiring more prison cells, the BJMP was happy about Legazpi’s efforts to improve its jails.

Even prisoners have to be treated humanely!

“ONGOING Now…. SPECIAL Awards for the City of Legazpi….. For putting up a new building inside the city jail….using our local fund(one of the very few LGU in the country) that helps in the decongestion of our jails for the sake of our residents brothers and sisters…and our many arrested drug pushers and users now about more than hundred…as one of the best practices of local govt units.. With pres. Rodrigo Duterte as guest of honor… 28th anniv. of BJMP, camp aguinaldo, Quezon city,” Rosal posted.