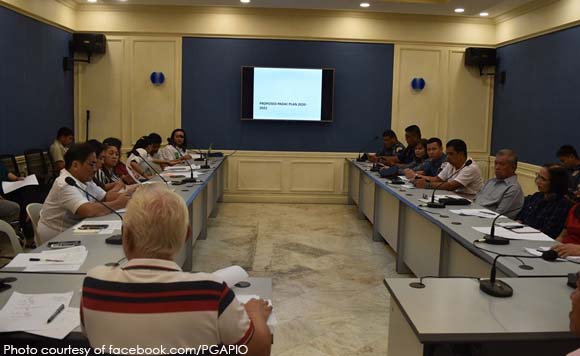 0 698
Share
Want more POLITIKO News? Get the latest newsfeed here. We publish dozens and dozens of politics-only news stories every hour. Click here to get to know more about your politiko - from trivial to crucial. it's our commitment to tell their stories. We follow your favorite POLITIKO like they are rockstars. If you are the politiko, always remember, your side is always our story. Read more. Find out more. Get the latest news here before it spreads on social media. Follow and bookmark this link. https://goo.gl/SvY8Kr

The Albay’s anti-drug abuse council aims to step up its drive to combat illegal narcotics in the province.

The Provincial Anti-Drug Abuse Council (PADAC) held it monthly meeting with the chiefs and representatives of different cities and municipalities and other concerned agencies last July 12.

It was held at the Gov. Salalima Conference Room, Capitol Building, Legazpi City.

According to the reports presented by the Philippine Drug Enforcement Agency (PDEA) – Region V, around 14, 803 individuals in the whole province of Albay were reportedly engaged in drug and is currently, under the drug clearing and process program.

“We aim to clear at least 100 baranggay per cities and municipalities.”, PSSUPT. Wilson Asueta said.

Meanwhile, 49 barangays out of 70 were already cleared by the PDEA in Legazpi City, “making it as the highest number of cleared barangay in the province.”

“To realize fully the PADAC’s objective, the meeting conclave to discuss further the work and financial plans for year 2020-2022,” the provincial government said.

“The panel also reviewed the reports presented by the Local Government Unit (LGU)’s in the first round of presentation,” it added.

The PADAC also called on the cooperation of each LG and other drug-related agencies and department to combat of the drug problems in the province.