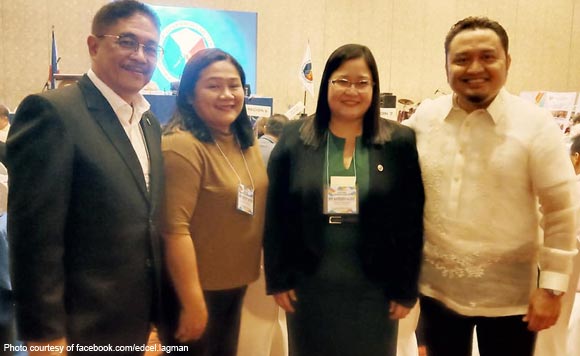 0 465
Share
Want more POLITIKO News? Get the latest newsfeed here. We publish dozens and dozens of politics-only news stories every hour. Click here to get to know more about your politiko - from trivial to crucial. it's our commitment to tell their stories. We follow your favorite POLITIKO like they are rockstars. If you are the politiko, always remember, your side is always our story. Read more. Find out more. Get the latest news here before it spreads on social media. Follow and bookmark this link. https://goo.gl/SvY8Kr

Newly installed Albay Vice Governor Edcel Grex Lagman has been named vice president for internal affairs of the League of Vice Governors of the Philippines (LVGP).

Laguna Vice Governor Karen Agapay has been chosen as the president the league. She is the first female president of the LVGP.

Lagman said that it has been an honor to serve the league.

“Thank you to my new colleagues in the League of Vice Governors of the Philippines (LGVP) and especially to our new—and first—lady President, VG Atty. Karen Agapay of Laguna, for giving me the opportunity to be the league’s new Vice President for Internal Affairs,” Lagman said.

The Albay Vice Goverbor also felt elated to personally meet his counterparts in other Bicol provinces.

“The Region V contingent was not that big as only three of its six VGs were present,” said VG Lagman.

Lagman is currently serving his first term as Vice Governor.