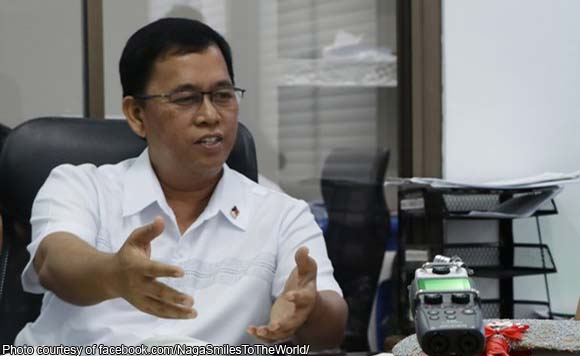 Naga City Mayor Nelson Legacion has met with the officials of University of Nueva Caceres to discuss possible partnership.

“Mayor Son gladly welcomed their proposed projects and terms of agreement and was delighted to the invitation of the institution– deeming it better to have a third party from the academe, aside from the legislative and executive bodies, who will share and contribute in the policy-making decisions and project implementations of the city government,” it added.

Meanwhile, Mayor Legacion also met with the barangay captains in Naga to share his plans for the city.

Legacion particularly shared his vision for the tourism industry of Naga City.

“Mayor Son meets with Punong Barangays of Naga and shared with them his administration’s vision and policy directions, particularly on new tourism projects and programs that they will be undertaking in the city,” said the city government.

“He also took the opportunity to have the Punong Barangays share issues on peace and order and environment, among others, to which they are concerned with in their respective barangays– promising the duly take of the city government in resolving the problems,” it added