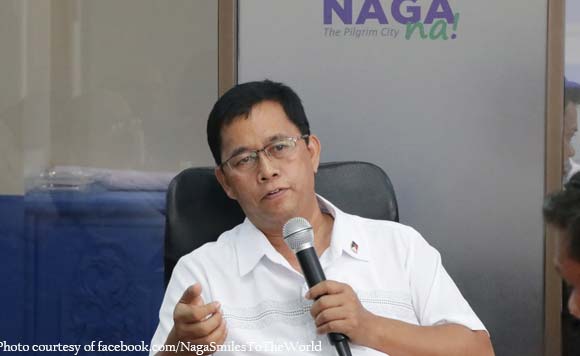 Mayor Nelson Legacion has formally issued an executive order prohibiting the use of plastics and styrofoams in events led by the Naga City government.

Legacion signed the Executive Order (EO) 2019-026, “Banning the Use of Non-Biodegradable Plastics and Polystyrene in All City Government-Led Events and Meetings.”

“The EO is the LGUs initiative in reducing the use of said plastics in its daily operations while awaiting for the passage of a city ordinance that will ban its use in the city,” the city government said.

The EO said that studies show that non biodegradable plastics and polystyrene clog drainage systems and waterways which leads to worsening flood problems.

“The City Government of Naga commits to intensify its efforts on environment conservation, as exuded in its new brand duly displayed in the thematic colors thereof of blue and green,” the EO read.

Meanwhile, caterers or suppliers who will be found violating the EO will not be paid and will be blacklisted by the city government.

Continue Reading
Banning the Use of Non-Biodegradable Plastics and Polystyrene in All City Government-Led Events and Meetingsexecutive orderExecutive Order (EO) 2019-026Mayor Nelson LegacionNaga City governmentPlasticsstyrofoams
0
Share
Politiko would love to hear your views on this...
Trending News
More Stories