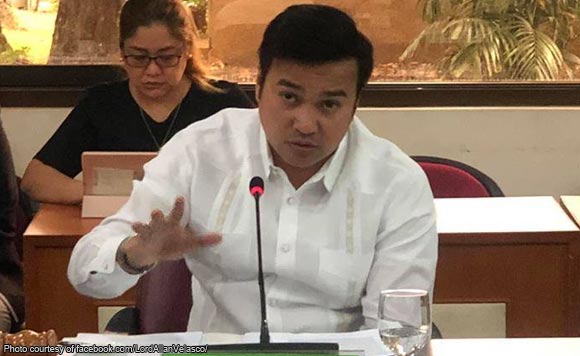 0 602
Share
Want more POLITIKO News? Get the latest newsfeed here. We publish dozens and dozens of politics-only news stories every hour. Click here to get to know more about your politiko - from trivial to crucial. it's our commitment to tell their stories. We follow your favorite POLITIKO like they are rockstars. If you are the politiko, always remember, your side is always our story. Read more. Find out more. Get the latest news here before it spreads on social media. Follow and bookmark this link. https://goo.gl/SvY8Kr

Marinduque Rep. Lord Allan Velasco on Friday welcomed the formation of a “Duterte Coalition” led by Davao congressmen Paolo Duterte and Isidro Ungab, saying he was joining the group’s call for a united House.

“I welcome the formation of the Duterte Coalition whose intention is to unite the House of Representatives and push a strategic partnership between and among public servants who are deeply committed to institute reforms for better governance and development,” he said.

Velasco is the official candidate of PDP-Laban facing a number of rivals, including Ungab, who was announced this week as the bet of Hugpong ng Pagbabago, the party of President Rodrigo Duterte’s daughter Sara Duterte.

“I am one with the call and aspirations of the newly-formed coalition and implore my fellow lawmakers in Congress to set aside their personal ambitions and agenda and join the Duterte Coalition so together we can build a House of Representatives that is united and stronger, a House that truly represents the people,” Velasco said.

The House will choose its new Speaker in an election when the 18th Congress officially opens session on July 22.