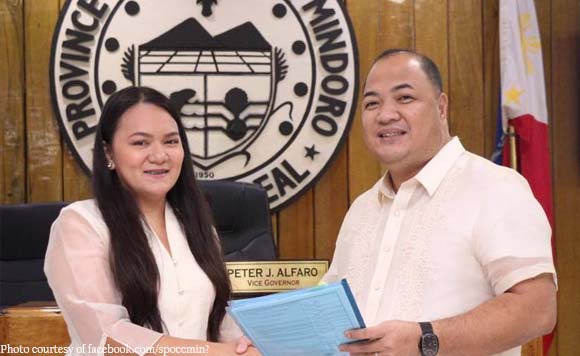 A Paluan Sangguniang Bayan member has been named the new president of the Philippine Councilors’ League-Occidental Mindoro Chapter.

According to the provincial government, San Agustin also assumed the Ex-officio Membership in the Sangguniang Panlalawigan.

“She succeeded Hon. Mark Philip V. Ramirez, who is now a regular member of the Sangguniang Panlalawigan after winning in the last election,” the province said.

“Hon. San Agustin has been cordially welcomed by the present members of the Sanggunian led by the Honorable Vice-Governor Peter J. Alfaro upon completely submitting all the documentary requirements of her assumption,” it added.

Meanwhile, San Agustin will be sitting as Member of the Sangguniang Panlalawigan until her successor shall have been elected and qualified, the province noted.