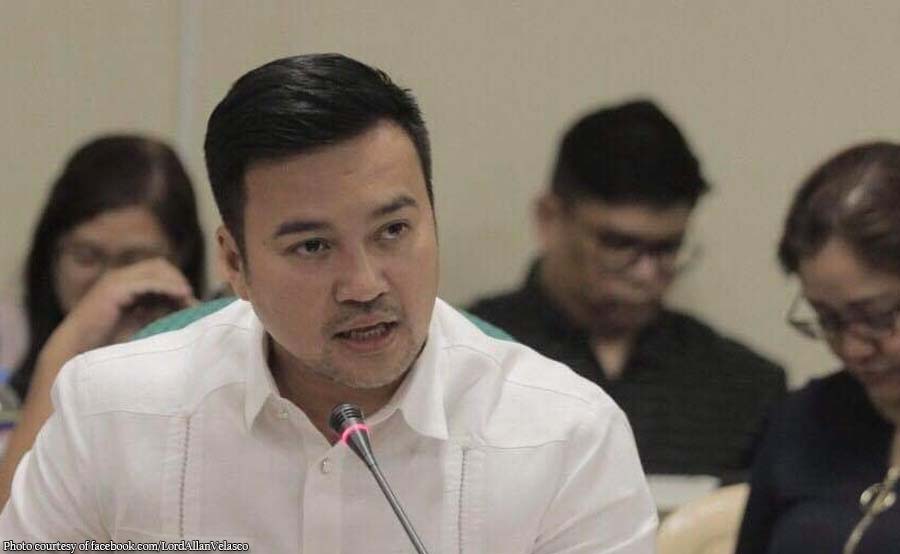 0 415
Share
Want more POLITIKO News? Get the latest newsfeed here. We publish dozens and dozens of politics-only news stories every hour. Click here to get to know more about your politiko - from trivial to crucial. it's our commitment to tell their stories. We follow your favorite POLITIKO like they are rockstars. If you are the politiko, always remember, your side is always our story. Read more. Find out more. Get the latest news here before it spreads on social media. Follow and bookmark this link. https://goo.gl/SvY8Kr

Marinduque Rep. Lord Allan Jay Velasco has denounced the terrorist attack in Sulu which resulted to deaths and injury of military and civilians.

“I strongly condemn the recent terrorist attack in Indanan, Sulu that cost the lives of both soldiers and civilians as well as wounding of several innocent victims,” Velasco said in a statement.

The Marinduque solon also expressed his grief to the families of the victims of the said “barbaric” act.

“My thoughts and prayers go to the victims and their loved ones during this very difficult time. To the families, I offer my condolences and join them in their grief,” he said.

“Barbarism has no place in our society. I urge the authorities to expedite the investigation and track down the masterminds of this evil act with urgency for justice to prevail.”

Velasco also urged the public to remain vigilant in order to help the authorities maintain peace and order.

“We, as a nation, should be vigilant and extend all the help that we can do to contribute to the government’s peace and order campaign and ultimately win the war against these lawless elements,” said Velasco.