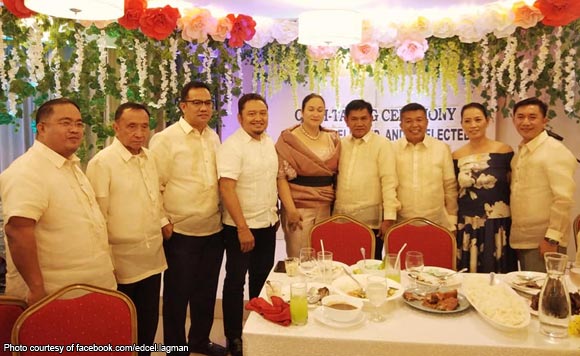 0 500
Share
Want more POLITIKO News? Get the latest newsfeed here. We publish dozens and dozens of politics-only news stories every hour. Click here to get to know more about your politiko - from trivial to crucial. it's our commitment to tell their stories. We follow your favorite POLITIKO like they are rockstars. If you are the politiko, always remember, your side is always our story. Read more. Find out more. Get the latest news here before it spreads on social media. Follow and bookmark this link. https://goo.gl/SvY8Kr

Ligao City is also known as the sunflower city, and for Albay Vice Gov. Grex Lagman, it is a place that brings him joy.

Lagman said he got 82 percent of the vote in Ligao, and thanked its residents for choosing him as their Vice Governor.

This was why he was honored to attend the oath taking ceremony of Ligao’s newly-elected officials, he said in a Facebook post.

He also congratulated them and said he enjoyed listening to their messages.

It looks like his new term as Vice Governor is off to a positive start!