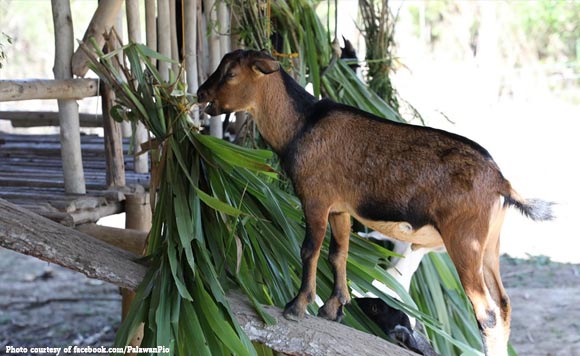 The Palawan provincial government has promoted the goat raising as an alternative livelihood for the poor families in the province to uplift their status in life.

Provincial Planning and Development Coordinator Ninfa B. Rubio said that the livelihood enhancement project which promotes goat raising will continue this year after a brief respite due to the election ban.

The province said that under the program, each poor family from the organized Grassroots People’s Organization (GPO) receives P30,000 from the Gender and Development (GAD) fund of the provincial government of Palawan.

“The dispersal starts with five female goats and a buck. The remaining money is used for goat shelter and for the member’s dues to their association,” Rubio said.

As of 2019, the Provincial Government was able to organize 250 GPOs province wide. Each GPO has 20 families-average member.

Rubio also said that in 2018 alone, their office has awarded livelihood assistance to 400 poor families from the 21 GPOs mostly in southern Palawan.

The office is also distributing hybrid-napier grass, as food substitute for goats, to farmer beneficiaries to ensure that there will be enough food available for the livestock.

“This 2018-2019, we have obligated funds for 112 GPOs equivalent to 2,174 families amounting to P65 million-obligated,” said Rubio, who also acts as the Provincial GAD Focal Person.

“We’ve conducted an orientation if they wanted goat raising as their livelihood and most of them showed interest. So most of our organized GPOs are into goat raising” she added.