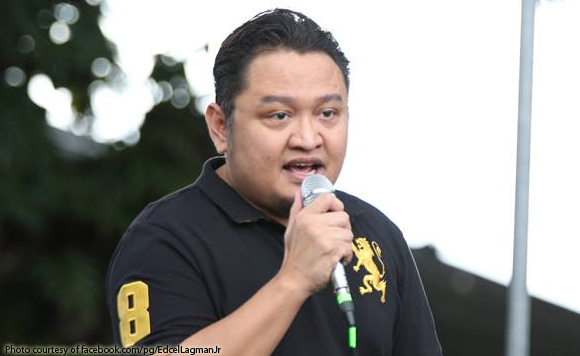 Albay Vice Governor-elect Edcel Grex Lagman vowed to be at the “forefront” in solving the problems of the province.

Lagman thanked his constituents for giving him the “opportunity to work for you and to do so with excellence.”

“Because of the trust that you have placed in me, I pledge to everyone of you that I will give this job everything I have, every single day. For me, this is the only way to honor your mandate and this esteemed office,” Lagman said.

“I acknowledge the fact that there is much work to be done. Albay has a lot of problems that need to be addressed. I promise to be at the forefront in solving these problems through effective, progressive and responsive legislation,” he added.

Lagman also vowed to usher in a “nee dawn” in Albay as he thanked all the people behind his campaign.

“I wish to say my sincerest thank yous to the best campaign staff I ever had the pleasure of working with. In my five successful electoral campaigns, my leaders from the fifteen municipalities and three cities of Albay were the most committed and inspired,” said the VG-elect.

“All of you have helped assure my victory. Your sacred vote was both an abiding confidence on my capacity and a veritable challenge for me to perform most effectively,” he added.

He promised to pursue the partnership with all “good faith and to the hilt.”

“Everyone of us imbibed with government authority must all work hard and contribute only the best of ourselves in the name of genuine public service. All of us must be public servants of the highest order. This is the mindset everyone must have so that together we can make Albay one of the most progressive and competitive provinces in the whole Philippines,” he added.