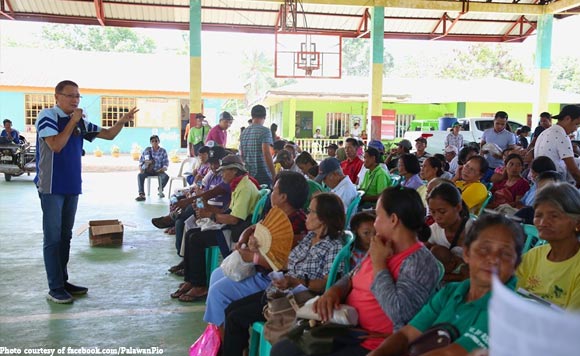 The Palawan Provincial Government has kicked off its information campaign about the law which divided the province into three.

The law requires ratification of the Palaweño voters in a plebiscite calendared on the second Monday of May 2020 or May 11, 2020.

“The signing of the national law paved the way towards realizing the long-cherished dream of Palawan’s key leaders that include former Speaker of the House Ramon V. Mitra Jr., former Assemblyman Teodoro Q. Peña, former Palawan Governor Salvador P. Socrates and the province’s top politicos, past and present, to create additional two provinces in Palawan, holding firm on their beliefs that the move will spur the socio-economic advancement of Palawan and its people,” the provincial government said.

“Palawan is the country’s largest province in terms of its vast land area comprising 1.452 million hectares. The mainland is surrounded by 1,780 islands and islets dotting the seascape,” it added.

The Capitil noted that Palawan is even bigger than the entire land area of the CALABARZON region that includes the provinces of Cavite, Laguna, Batangas, Rizal and Quezon.

It added that the travel time from the southernmost island municipality of Balabac to the city takes about 10 hours.

“When a Palaweño needs to transact business in the provincial capital situated in Puerto Princesa City, he is confronted by the challenge of distant travel and costly budget, particularly to the pockets of many poor residents,” said the province.

The information campaign started last June 19, from one barangay to another to conduct community consultations targeting the entire 367 barangays of the province.

“The campaign aims to bring into the attention of every Palaweños the positive prospects of R.A. 11259 as well as the other salient features of the law,” said the province.

“On the first week of the campaign, it was noted the multi-sectoral presence of participants from the barangays ranging from the elderlies, women, youth, the academe as well as the attendance of the religious sector. Interestingly, the crowd remains very attentive throughout the whole duration of the town hall consultation,” it added.