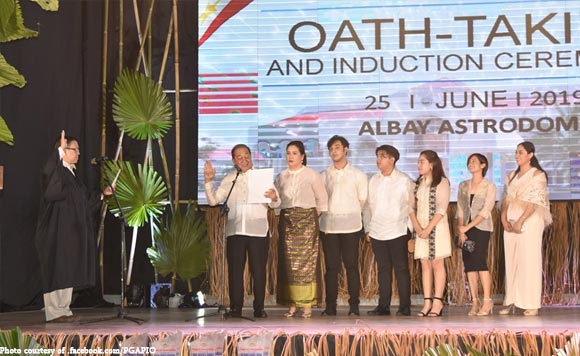 The oath taking ceremony was held at the Albay Astrodome, Legazpi City. Bichara was joined by his family as he faced his constituents who gave him 292, 767 votes in the May 2019 elections.

“Let’s continue what we have started,” Governor Bichara said on his speech as he recalls his great accommplishments from the time he was elected Mayor in Ligao City in 1986 up to this day.

Bichara said during the recent 10th National Tour Guides Convention and General Assembly that, “before we jumpstart, we need to fix first our backyard.”

The governor said that by focusing on giving solution first on the major issues in the province, he could jump into more higher and successful schemes he is aiming for Albay.

Bicaha started as mayor of Ligao City in 1986. He became a congressman representing the third district of Albay, elected as Governor 1995 afterwards assigned as Ambassador to Lebanon and Syria, and back to being a lawmaker and now as Provincial Governor.

“His continous initiative and plan for the province has been seen in all of his various programs in health, education, tourism, agriculture and youth welfare,” the Capitol said.