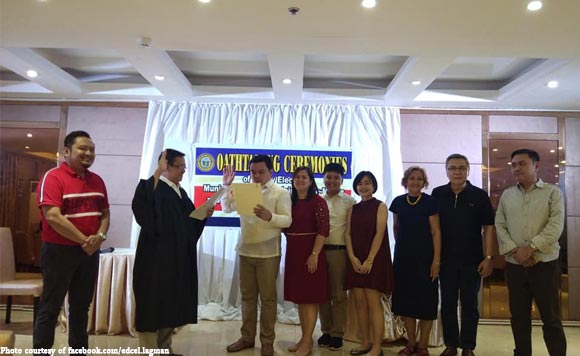 Albay Vice Governor-elect Edcel Grex Lagman has graced the oath taking of the elected officials in Jovellar, the town which gave him a huge winning margin.

Lagman said that he has to witness the oath taking of the officials and to personally thank them for their support.

“I am very happy to be their guest considering that among the eighteen (18) local government units of Albay, LGU-Jovellar gave me the
highest winning percentage of 84.1% of the total votes cast,” he said.

The VG-elect also expressed his gratitude to all the barangay officials who backed his candidacy.

“It is my honor to bear witness to the oaths taken by these new set of leaders. This is also an opportunity for me to sincerely thank them for their support as well as that of the 23 barangay captains and other officials of this town,” Lagman said.