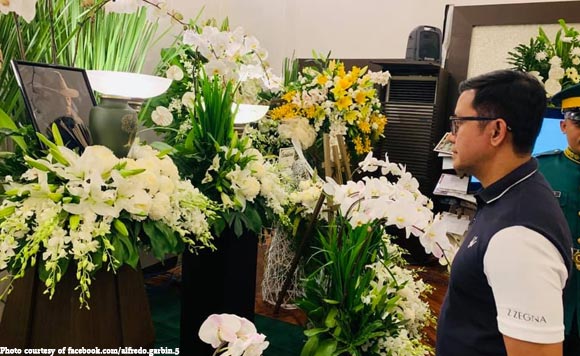 Garcia, 90, passed away last June 20 after meeting an accident while filming his supposed TV series. The actor sustained a neck fracture.

The legendary actor even campaigned for the Ako Bicol partylist during the recently concluded May 2019 elections.

“Nadinig din ang ating panawagan he was given military honors by the Philippine Army wherein soldiers stood vigil and a flag was laid down in front of the urn,” he added.

Garbin earlier called that Garcia be given a full military honors.

“Before his time in showbiz, Manoy Eddie was part of the Philippine Scout troops deployed to Okinawa, Japan during World War 2. Salamat Manoy Eddie,” he said.

The Ako Bicol earlier said that Garcia has been one of the party-list’s “most ardent supporters.”

“Mr. Eddie Garcia is made of tough Oragon stuff. He is stronger than any El Nino summer heat,” Garbin has said.